Spain will return to the 2016/2017 olive-growing season as the world’s olive oil deposit by offering more than half of the production of all producing countries, estimated at around 2.5 million tonnes, according to sources of the sector, which recognize that this situation will keep current prices stable.

Spain, with a little less than 1.3 million tonnes of olive oil (1,270,000 until the end of March), will supply a large part of world demand, as there have been notable decreases in production in the main countries of the Mediterranean basin, in Italy, Greece, Portugal, Tunisia or Morocco, among others.

EVEN IF NATIONAL PRODUCTION WILL FALL ABOUT 9%, IN THE REST OF THE WORLD THE DECREASE WILL BE OF 20%

Spain will produce about 9 percent less than the previous one, in which it obtained 1.401.000 tons of olive oil, while world production will decrease by more than 600,000 tons, a decrease that is quantified in the orbit of 20 percent.

The olive oil campaign has already surpassed its equator and has begun its second part in April with prices that remain stable at the source  (about 4 euros per kilo on average for extra virgin quality) and in which Stocks in Spain are below 900,000 tonnes (894,000 were quantified at the end of last March). 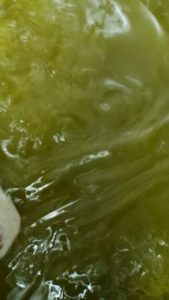 The unknown is now focused on whether there will be price pressures on olive oil in the coming weeks in view of the availability of existing oil to supply the market, and how the expectations of the next harvest, which are already is conforming with the imminent flowering and the later pollination, that will take place at the end of next month of June to the definitive setting of the fruit.

However, climatological conditions will once again have much to say about the final production of the next crop in a campaign in which farmers expect the rains to be present to form a large production and alleviate some of the water stress which suffers, above all, the olive grove of dry land.

And in the meantime, to continue the trend of average monthly outputs of olive oil (exports plus the domestic market), around an average of 125,000 tonnes of olive oil a month, the campaign link (the olive available between one campaign and other) will be minimum, around 200,000 tons, which is known in the sector as «stock» or technically zero stock. 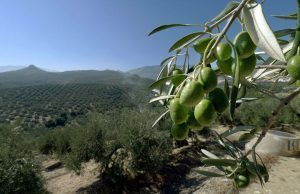 Although the olive oil campaign will end on 30 September, however, the market demand will have to be met until it is fully operational and the next harvesting of the olive is generalized, which will occur until well into the month of November.

Thus, the sector is currently in a waiting period until the new olive harvest is profiled, at a time when the olive oil buying and selling operations remain stable in the market of origin and Await the long-awaited spring rains that continue to fill with hope and optimism a sector that is experiencing a period of prosperity and growth for several years after a period of price crisis.

What is organic farming? Organic farming is a production method based on a sustainable system that respects the environment and its...

The Mediterranean diet and its incredible benefits

In February 2019 the famous Bloomberg website released its “Healthiest Country Index”, based on statistics from the World Health...

One more week if the prices of olive oil are defined by where they will go in the coming days. Quotes have remained stable, although the...